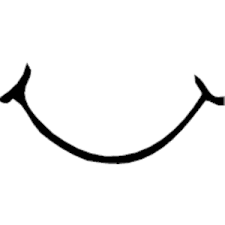 My Apologies, and a new action fantasy novel!


First, I would like to apologize for my long hiatus. This has been one of my more busier years, and it probably will become even busier next year. It’s that time of year again.

Continuing, I've always enjoyed translating. It’s been one of my hobbies before when I was consistently releasing. Big Life made it better. The plot was great, and the characters were just so well-made and humanlike. It was like a real-life play. I also understand that many of the readers thought the same. Therefore, I am very sorry to announce that I will be dropping Big Life.

Combined with my lack of confidence, I also went through the phase where the enjoyment of translating has died down a bit. I wasn’t as enthusiastic to translate, and as school became more important, I just stopped.

I’ve tried to come back multiple times. However, I was met with some personal issues that made Big Life a bit less captivating. After many times, I felt that this story was not the right thing for me anymore. The story would be harder to translate now, and while I still remember the plot, I feel like someone with better writing skills may be able to convey the emotions better than me.

So, on this note, I started a new novel that I will be translating frequently. It’s called Possessing Nothing. It’s a great story with good character development. The plot’s very good and there are some amusing bits of humor every now and then as well. If I liked it (I’m a very picky reader), I feel that many of the readers here would like it. It’s a fusion martial art novel, but from what I can see, it’s a bit original and new and not like the others.

I’ve been reading it, and while start may be a bit slow, it gets better later. So, I hope that everyone, at least, gives it a try, and read about 50 chapters before giving it the shaft.

I’ll be keeping the donations at 15 dollars per extra chapter because frankly, I don’t expect to get too many donations. I’ll just be happy that readers read my novels.