7th of the week!
Do support us in Patreon if you are able to!


“Let’s go. Let’s leave this place quickly.” Liu Quanchao and Zhang Lei looked at each other.

Both of them felt this was not ordinary. That sharp, weird voice felt like it could pierce the hearts of men. Their group was obviously scared, from the voice and of their dead comrades.

They would rather fight some beasts to death than to die in a god-knows-where-is-this mountain. Gloominess engulfed their hearts, even though the place was extremely hot, the chill in their hearts and spine was something else.

Jiang Chen was flying towards Mount Qi Ling with his sword. But the moment he arrived, he saw that everything was quiet and calm around the mountain. He frowned as he looked at the scene. No trails could be found. He followed the trails and direction that was pointed out by Xue Qianying. But the trail stopped, there weren’t any other signs. Did they just vanish out of thin air?

He continued to search through the mountain in the air, but he could not see anything out of the ordinary. There wasn’t even a trace of a beast that was running rampant in other places. Did I come to the wrong place? He started to have some doubts. The group was definitely in front of him. He hypothesized that he had to continue further to meet up with them.

What was really happening was that on the Qi Ling mountain range, the entrance of the mountain was blocked by another large and sharp mountain. Hence, Jiang Chen missed the opportunity to meet up with the group and could not see the entrance.

When the group reached the entrance, they found out that it was blocked off by a giant mountain.

“How is this possible? Why is the entrance of this cave sealed? Did we enter a sealed demonic place?” Somebody shouted in despair. Nobody could help them now, they have to rely on themselves to get out of this dangerous situation.

“It’s only a mountain. Break it open. I refuse to believe there are people that could stop me,” said Zhang Lei.

He then harrumphed and pierced the blockade with his powerful Red Tassel Purple-golden Spear*.

Zhang Lei could easily shatter mountains and stones. But nothing happened to the mountain and he was pushed backwards by the countershock.

“This is a seal?!” Zhang Lei shouted.

The mountain was obviously a seal, an unbreakable seal. A seal was stronger than a formation. It was something that was put down by a powerful expert. Only someone stronger than the person who deployed the seal could break it, with brute force, to be exact. Obviously, Zhang Lei’s mighty strike wasn’t enough to break it.

“What?! A seal?!” Liu Quanchao’s expression drastically changed. There was a high possibility that they were trapped by someone.

“Sealed? Are we trapped?” Jiang Hao said as he clenched his teeth.

Nobody wanted to be trapped but that was the fact. There wasn’t a seal here before when they came in. How could anyone stay calm after finding out that they were trapped?

“What do we do now? We may have to try breaking through with all we’ve gpot.” Zhang Lei said. There was no other choice to be made.

The mysterious voice sounded once again. As if it was mocking them. That sound almost even broke their final mental defences, they were on the verge of breaking down.

“Do not let it affect you. Attack at full strength! This is our only chance.”

Liu Quanchao and Zhang Lei were the vanguards as they unleashed their most powerful strike towards the mountain. The dozen or so others also followed suit. But in the next moment, they were thrown backwards towards the belly of the mountain by the force of the seal.

Not even their mightiest strikes could break the seal!

“The air is getting thinner by the second. The magma has burnt away most of the breathable air. Now that we’re trapped here, we’ll surely die as time passes by if we can’t find a way out.” Jiang Hao said.

Even though he was unwilling to admit it, they didn’t have a choice. They were already trapped inside. The magma was burning off the oxygen at a tremendous speed, and they could hardly breathe. The chances of them surviving were getting lower by the second.

“I think we have been targeted by someone or… something.” Liu Quanchao murmured towards Zhang Lei.

He did not say it out loud because he feared that it may cause a panic. Moreover, their morale was at the lowest, they knew how dangerous their situation was.

“I pray that your guess is wrong,” Zhang Lei replied unwillingly.

He was worried about it too. That sound was an uncertain factor…

“Look. That Dead Flower of Paradise is starting to grow, it looks like it’s coming for us.” Man Shuai kept on retreating.

Just like what he said, the Dead Flower of Paradise was growing out long branches and vines that were quickly encircling them.

“Whether we live or die, we’ll have to slay this Dead Flower of Paradise first.”

Liu Quanchao cut down the branches that were growing from the flower. They were all prepared to fight until the very end.

The Dead Flower of Paradise kept enclosing onto them. But Liu Quanchao and Zhang Lei managed to lead the group out of the enclosing vines. Other than the flower spores and the soul charming techniques it had, the flower did not really deal a lethal strike on the team. 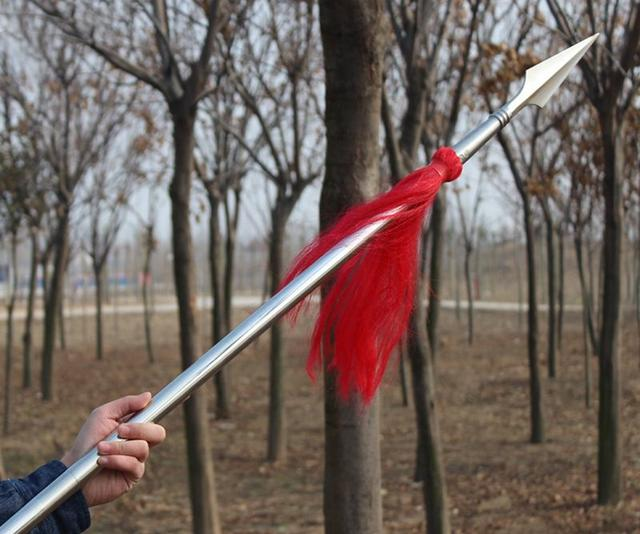 [Please support us in DMWG Patreon (DMWG Patreon) if you are able to, so that we can maintain at this rate or even release at a faster rate!]