Do support us in Patreon if you are able to, so that we can continue translating the novel for you!

Jiang Chen controlled the Five Elemental Trigram Fire Formation and the Ice Beetles started melting due to the flame. The beetles did not realise the heat that was coming from the formation and crumbled before it.

An hour later, countless beetles melted in the face of the Five Elemental Trigram Fire Formation.

But the beetles were fearless, they continuously ram upon the Five Elemental Trigram Fire Formation. Jiang Chen, who was in the centre, was pressured in the face of millions of beetles crashing on his formation. The formation was starting to crack and his stamina was being eaten quickly. Luckily, the beetles were finally vanquished after an hour, and he sat down on the floor, panting.

“Motherf*cker, this is tiring.”

Even a Divine King expert will perish under those beetles, luckily he had the Five Elemental Trigram Fire Formation to protect himself. This giant hole was a deathly place indeed.

Jiang Chen took a breather and rested, he took a Spirit Severing Life Prolonging Pill, and continued to push on after he had recovered. Then, he walked for another 36 hours, without even knowing how far he had travelled.

After a while, an Ice Palace appeared in front of him. It was a ten-li large palace and was made entirely by ice, snowflakes falling all over the place. (Elsa’s castle, so to speak)

However, the palace was filled with cracks and was in a bad state. He felt that this palace was not real until he walked closer to it and felt the chilling cold creeping into his body.

There were two guards that were sculpted in ice standing in front of the giant palace. Both wielding a Fangtian Halberd*, looking extremely mighty and dominating while riding on a mighty war horse that was also ice-sculpted.

“Hoh…. to think there’s such a place inside here.”

Jiang Chen was quite shocked from seeing it. To think there was a giant ice palace under this crack. But he could not feel any life force emitting from within, it was an empty palace.

A lonesome palace that stood there after countless years.

A mysterious and dangerous vibe could be felt from the Ice Palace. One could feel the chilling cold creeping up towards the hearts of men.

While Jiang Chen was planning to go inside the palace to check it out, the two ice warriors suddenly moved and waved the halberds in their hand towards the intruder, which was Jiang Chen.

Jiang Chen backed off to fend off the Fangtian Halberds that were falling into him. Sparks were created as the Heavenly Dragon Sword and the halberds clashed. The ice warriors were at the Heavenly God Realm. Jiang Chen’s expression changed drastically as he felt the might behind the blow, he then tried to retreat but was immediately caught up by the ice warriors.

Jiang Chen retreated with difficulty. Even with the help of his trusty blade, he could not gain the upper hand against these warriors, as these mighty warriors were extremely powerful.

“No lifeforce detected, they’re only fighting with their instinct. They’re probably a Heavenly God when they were alive.”

Jiang Chen was feeling pressured as he faced two Heavenly God Realm Ice Warriors that were pushing him to the corner.

“These two must’ve woken up after I tried to enter the palace.”

Jiang Chen unleashed the Five Elemental Trigram Fire Formation again to try and contain the two ice warriors. But the two weren’t easy targets, the Fangtian Halberd kept striking on the formation, causing the formation to crack to the point of collapsing.

“Motherf*cker, both of you shall become the Little Ashura Sword Formation’s testing target.”

Jiang Chen’s eyes became cold and filled with killing intent. As the Heavenly Dragon Sword as the core, and the Meteor and Storm Hammer as the support with the other 108 divine swords as the base, Jiang Chen unleashed a sword formation, the Ghost Prison Ashura Sword Formation, a mini-version of the original formation.

However, when Jiang Chen had just finished deploying his formation, a flame figure blew straight out from the Ancestral Dragon Pagoda. The Fire Qilin had gone through a metamorphosis after he completely absorbed the Heart of Magma. He had achieved the Heavenly God realm. At this moment, Qilin spewed out a flame wave towards the ice warriors. They were instantly engulfed by the flames, and vanished into thin air.

The Fire Qilin changed into his human form, which appears to be a young man wearing a fiery armour, a mark of flame on his forehead, and possessing a clear powerful set of eyes. His pulsating Qilin True Fire could instantly burn everything he wished, which even made Jiang Chen slightly wary of it.

“How is it? This one’s Qilin’s prestige, isn’t I powerful?” The Fire Qilin said with a proud look on his face.

“Your head! You just stole my limelight! I wanted to test the powers of my Little Ashura Sword Formation. You instantly killed off those two ice warriors, what’s left for me?!” Jiang Chen said**.

“Cough Cough, I’m just itching to know how powerful I am. Hahaha! Look at you being stingy, I recall someone being beaten black and blue by these two ice warriors.” Fire Qilin said.

“You pretended to be dead during the most crucial moment. Now, when I wanted to try my hands on the might of the formation, you came out and threw off my plans. I suspect that this is your scheme.” Jiang Chen said as he clenched his teeth.

“With Heaven as my witness, I had no such intention. You’re just weak. You probably couldn’t do anything against me who has reached the Heavenly God realm if I want to kill you. ” Fire Qilin said.

“Alright, since you’re being so sincere about it. Then, you’ll be the testing target for the formation that was prepared for those two ice warriors.” Jiang Chen looked into Fire Qilin’s eyes.

“Motherf*cker, you’re a monster. I give up, I give up. My bad, Jiang Chen, Brother Jiang, Lord Jiang, I am in the wrong…” 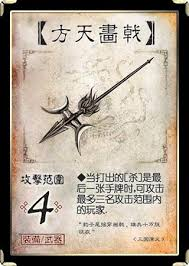 *The weapon of Lü Bu, said to be the strongest general during the Romance of the Three Kingdoms. 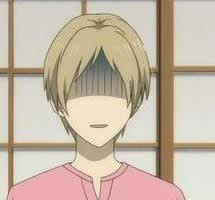 ** Jiang Chen said with this expression.

[Please support us in DMWG Patreon (DMWG Patreon) if you are able to! So that we can release at a faster rate!]