My Wife Is a Beautiful CEO - Chapter 275

Please disable adblock to support the series. Pledging $1 per month (3 cents a day) on Patreon is enough to cover your use of adblock! =) 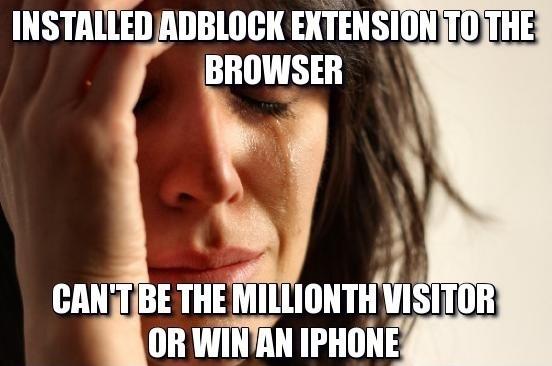 In the depth of an unknown forest, a few figures shrouded in huge black cloaks moved towards the east of the forest using a speed much higher than the limit of a human being as their feet never touched the ground, just like a floating spirit.

“We’ll reach the coastline of China in another 13 miles. The submarine arranged to pick us up will be there. We shall be at peace by then,” the leader wearing a black robe said using English with his deep voice.

“Archimonde, the execution of the plan is much easier than we previously imagined. I have a bad feeling about it,” another guy said using his thick voice.

“No matter what, now that we obtained the Holy Grail, we should deliver it to the Presbyterian Church,” the man called Archimonde said.

Another leader in front laughed weirdly. He said, “Mobses, you’re overthinking again. Don’t you think it’s more exciting if some people were to appear to stop us? I heard that Lilith came this time. I really miss the chick whose sweet blood can be smelled from a mile away.”

“Charlie, don’t take her too lightly if you don’t want your other hand to be slain by Lilith as well,” Archimonde said.

Under the black cloak, Charlie snorted in contempt and kept quiet.

Leading the nine men similarly covered in black cloaks, the three leaders maintained their horrifying speed as they swept through the forest like a black whirlwind.

However, after advancing for another mile, the leader Archimonde suddenly stopped first.

Following his reminder, around a hundred meters away in the dense and dark forest, three extremely bright incandescent lights shone!

The three lamps were covered by cross-shaped lampshades. The outer shells of the lampshades had a metallic silver sparkle.

The bright lights shone upon the dark forest, making it look like daylight. The twelve men shrouded in black cloaks stood in the light directly as they got exposed, having nowhere to hide!

At this moment, a complex dark-golden pattern was revealed on top of the cloaks of the twelve men. It looked like a totem, but had no regularity to be found.

“Damn it, it’s the Mass Silver Cross! The dogs of the Vatican!” Mobses shouted angrily.

“Don’t get reckless. Finding an opportunity to send the Holy Grail out is priority,” Archimonde said softly.

Behind the three lamps, more than ten people gradually emerged. Due to the backlight, the faces of these people looked dim. However, the vision of these cloaked men didn’t seem affected because of the lights. They immediately recognized a few familiar faces.

Smiling, Charlie said, “Archimonde, is the old folk from Vatican City using his trump card? If I looked correctly, the chief of Red Cross Army, Gabriel, with his high position and great authority, came over from afar, just to go against us.”

A man wearing a medieval royal knight armor walked to the absolute front. With his square face unshaven, his curly maroon hair lightly fluttered in the night. Not even the slightest emotion could be found in his grey eyes. An old and unsophisticated aura was emitted from his actions just like an aging wine.

The man reached his arm out to draw out a humongous one-handed sword from his back. It looked like an ancient object. Its hilt had a red gemstone embedded into it.

A piece of white cloth fell from the blade, revealing the rusty iron. The entire body emitted a decaying aura which was unwelcoming.

Calmly, Gabriel looked at the twelve people dressed in black who confronted him. He spoke using blurry Italian, “Archimonde, hand over our Holy Grail.”

“Gabriel, you’re indeed arrogant as ever. Do you really think that we’d give up something in our hands easily?” Archimonde said as he smiled coldly.

“You dirty monsters, do you think you’d gain protection from the Lord after snatching the Holy Grail?”

A rather young and rough voice resounded. Yet another tall and strong white guy appeared. He wore a chain mail and held a one-handed thin sword in hand.

“Little Guy, it doesn’t look like a place for you to speak here,” Archimonde said in contempt.

The young guy laughed before saying, “Big Bat, widen your eyes and look properly. I’m Arthur Vince, the youngest gifted templar in the Vatican. After tonight, you’ll shiver for even hearing my name.”

“Hahaha, Gabriel, your Vatican’s new and fresh blood seems to be degrading as time passes,” Archimonde said as he laughed.

Gabriel remained silent while Arthur appeared to be heavily insulted. When he wanted to rush forward to attack, a middle-aged man stepped forward and blocked him with one arm.

The man had black hair, his face was quite thin and his body looked tall and strong. Shaking his head at Arthur, he said, “Don’t get provoked by Archimonde. He’s trying to irritate you.”

“I know, but I’m not afraid of him at all!” Arthur said fearlessly, but he didn’t act recklessly.

“Oh.” Archimonde said, “Your Majesty Thomas, long time no see. Is this young fellow your disciple? When did your Knights of the Holy Palace get its bar this low?”

Indifferent, Thomas said, “Archimonde Marquis, hand over the Holy Grail. You guys have zero chance of winning tonight. Solely having three elders and nine ordinary fighters on your side won’t be able to defeat Chief Gabriel, Arthur, and I together with the twenty holy knights from Pope Escort Team behind us.”

Archimonde sneered and said, “Having crossed swords with you guys for tens of centuries, I naturally recognized the people on your side. However, who are the remaining ten people behind all of you? Your friends don’t seem like people from the Vatican.”

Displeased, Mobses said, “Archimonde, do you really have to ask? The only people who would be so daring to bring the Vatican to confront us must be Yellow Flame Iron Brigade!”

“We’re not your friends in any way,” a young man said using English as he walked forward. “I’m the leader of Yellow Flame Iron Brigade’s Second Dragon Group, Yong Ye. According to our orders, we’re supposed to team up with Rome Vatican to attack you invaders and retrieve the Holy Grail.”

Yong Ye looked confident and contented. Behind him, his teammates from Second Dragon Group walked forward with him as well.

At the same time, Cai Ning followed them from behind. Behind her, there stood the team of special agents from Water Dragon.

“Yellow Flame Iron Brigade is such a busybody. Don’t you guys know that intervening Vatican and Dark Parliament is out of your range of authority?!” Charlie yelled angrily.

Yong Ye said disdainfully, “We at Yellow Flame Iron Brigade only recognize the existence of Vatican. Heresies like you guys should be hanged, bunch of filthy things that feed on human blood. If you guys weren’t in Europe, we would’ve annihilated you all long ago.”

Yong Ye smiled warmly at Cai Ning as he immediately shut his mouth up.

At this moment, Gabriel seemed to have run out of patience. His two-feet-wide, three-centimeters-wide giant sword violently slotted into the ground. “Archimonde, whether to fight or to escape depends on you. If you hesitate a bit longer, I’ll launch attacks first.”

“Gabriel, don’t you think that no one else should step in between us? You guys went so far to form an alliance with Yellow Flame Iron Brigade, how disappointing,” Archimonde said regretfully.

“I’m not concerned with these things. I’m the chief of Red Cross Army. We only follow the pope's oracle, while I, am only responsible to fight.”

“Since you think of it that way, I have nothing else to say. Old Friend, I haven’t fought with you in years. I hope that your body didn’t get as rusty as your giant sword.” As soon as Archimonde finished speaking, his body shrouded in cloak suddenly shot out!

Wearing an ancient tailored suit, his face looked lifeless like a piece of paper while his body was tall and thin. Just like black thunder, he penetrated the silence of the night!

Archimonde’s fingertips on his right hand turned dark-red as his nails quickly extended for one centimeter. The flickering trajectory in the night tore the air, causing the sharp sound of sound barrier to reverberate.

Gabriel calmly pulled out his sword from the mud and used the edge to swat the incoming attack like a flat board!

The simple-looking swat sealed off different angle. Under the situation where speed was limited, Archimonde was tricked into forcefully resist the blow!

As red fire appeared in his eyes, Archimonde directly extended his scarlet blood claws fearlessly to collide with the rusty, giant sword!

“Holy Light of the Cross!” Gabriel shouted fiercely. Halo appeared on the back edge of his sword as the cross symbol suddenly enlarged, forming a humongous cross-shaped light which enveloped Archimonde!

Buzz! Buzz! A drop of fresh blood discharged from Archimonde’s fingertip before transforming into a light-green flame in the air, colliding with the cross-shaped halo as the sound of corrosion reverberated. Soon, the light and the flame both got wiped out.

After combating Gabriel for a round, Archimonde backed off for tens of meters. Using a very soft voice, he said to Mobses and the others behind him, “Quickly leave this place while we’re not surrounded yet!”

Mobses and Charlie knew that they couldn’t break through using brute force. Without caring for Archimonde’s safety, they quickly turned around and wanted to leave from the other side of the forest towards the coast.

“Don’t even think about escaping. Do you think we only came to cheer for them?”

The templar Arthur wielded his sword with one arm as he glided in front of Mobses and the others. Holy light emerged on the edge of his sword. Millions of trails produced by the sword rushed forward to Mobses!

Mobses felt rather annoyed. Evidently, Arthur’s young age irritated him a lot. Raising an arm under the cloak, a long sword formed by blood technique exclusive to the blood race appeared out of nowhere. Bringing blood light, the long sword charged into the bunch of sword shadows, crushing every single one of Arthur’s attacks!

As the blood sword violently exploded in the air, the strong aura made Arthur irresistibly fall back!

“Did you just try to stop me, the mighty Mobses?! You overly underestimated the elders from the domineering blood race!’

However, when Mobses led his team to escape as he thought that he successfully blocked the attack, tens of ice-cold sharp objects came in his direction!

The incredible speed of blood race saved their lives, but a blood servant didn’t manage to duck quick enough. He got attacked by the few incoming needles!

Following the fierce shout, the blood servant started burning under his cloak, making him roll on the ground in agony.

“They’re silver needles, are they the Chinese hidden weapons?!” Charlie exclaimed angrily as he looked at his irretrievable teammate.

At this moment, Cai Ning who wore a tight battle suit walked out from the dark. The slightest joy couldn’t be seen on her emotionless face. She still held some thin hidden weapons that seemed like needles in one of her hands.

“The Rainstorm of Pear Flower Needles shoots out 27 of them at once. Although they weren’t shot out using the purest machine, it’s more than enough against you guys,” the lady answered Charlie’s question. Her attitude changed back to Flower Rain from Group of Eight.