My Wife Is a Beautiful CEO - Chapter 404

Head over to Patreon to support us and get early chapters! =)


The first day of the new year was usually reserved for people who wanted to visit their relatives. Since most of Lin Ruoxi’s relatives had moved abroad, and she had no clue who some of them were, she had skipped out on this every year.

For Yang Chen, it was even simpler. He had no relatives at all.

Guo Xuehua had originally wanted to bring Yang Chen to Beijing to visit Yang Gongming. However, Yang Gongming had given her his express rejection at this idea. The reason was really simple: allowing Guo Xuehua live with Yang Chen was already challenging Yang Pojun’s limits. If the two returned to the Yang clan together, on such a significant day, there may be a huge commotion about it, should other people take notice of course.

Although Yang Gongming had recognized Yang Chen as his grandson, he wanted to avoid hurting his son Yang Pojun too much. Yang Pojun was almost guaranteed to be elected. Being his father, it wasn’t considered nice if he stood by the side and did not help his own son.

Furthermore, Whether or not Yang Chen was willing to follow Guo Xuehua wasn’t made clear. It wouldn’t be good if their relationship turned bad again.

Yang Chen on the other hand was completely indifferent. He didn’t give much thought to stuff like this. He merely asked Hui Lin and Zhenxiu whether they had relatives to visit or not, and the two ended up shaking their heads.

Hui Lin had come over by obeying Abbess Yun Miao. She was completely clueless on things other than Yun Miao’s guidance.

Zhenxiu had always been alone. Her relatives from her mother’s side were all living in Korea, all of whom she had lost touch with after her mother ran away from home with her father. On the other hand, the relatives on her father’s side had all passed away, while it wouldn’t make a difference whether or not she visited her distant relatives.

Thus, since no one had anyone to visit. So they continued doing what they usually did—work and study.

On the first day of the new year, Hui Lin went to work together with Lin Ruoxi as usual, while Yang Chen took his time to come to Yu Lei Entertainment afterwards.

Although it was still the period of Chinese New Year, the core members of the respective companies still had to come to work, albeit less work. They could come to work late and get off work early, without their schedule being monitored.

Yang Chen came to his office and sat on his chair. His office desk had been placed with stacks of thick documents. They were mostly about the new talent show ‘Star of Yu Lei’ which would be launched effective immediately. It was the first major project Yu Lei Entertainment had ever taken on. Being the organizer and investor, whether the senior managers of the company could gain acknowledgement by their headquarters would depend on how well this project was carried out.

Yang Chen wasn’t worried at all. He had shamelessly asked Christen Steward over. Her appearance was guaranteed to make Yu Lei Entertainment famous .

Having looked through the details of a few documents, Yang Chen didn’t feel the need to amend anything. Experience wise, Zhao Teng and Wang Jie were much more experienced than him. There was no need for him to step in and embarrass himself. They handed the documents over only as a respect to their superior. They didn’t insist on getting new ideas or participation from Yang Chen.

Yang Chen switched on the computer and contacted Yuan Ye who had visitors at home. The fellow too escaped to his room and went online. As a result, the two teamed up to play a few rounds of Warcraft.

When it was almost eleven o’clock, his office door got knocked on.

Yang Chen looked at the clock before informing Yuan Ye that he was going offline. He called for the person to enter.

The person who entered was Zhao Teng who was in charge of administration. He had a weird facial expression going on. He looked like he witnessed something out of the ordinary. He walked forward and said, “Director Yang, the secretary whom you want to interview is waiting outside now. Do I let her in now?”

“Secretary? My interview?” Yang Chen was stunned. “What do you mean? When did I say I wanted to interview a secretary?”

Zhao Teng widened his mouth in shock. “So you’ve never said such a thing before? But...but the personnel office told me that this person was specifically hand-picked by you from the short list of candidates.”

“When did I say I wanted a secretary? I don’t even know where the personnel office is. What nonsense are you talking about?” Yang Chen frowned as he found the matter odd.

Yang Chen pondered for a short while. He wasn’t afraid of monsters or demons, but it was evident that the lady came for him. “Let her come in.”

Zhao Teng relieved himself, as if a huge burden had been removed from his shoulders. He then invited the interviewee into the office.

“Hiss…” Yang Chen inhaled deeply. It was none other than An Xin whom he hadn’t met ever since coming back from the country!

An Xin closed the door in a natural manner before winking at Yang Chen in a naughty manner. “Director Yang, I’m the new applicant for the secretary position, An Xin.”

Yang Chen smiled bitterly. “My dear madam, what are you up to this time?”

An Xin stuck her tongue out before glancing at the surroundings of the office. She slowly walked towards Yang Chen’s side. “This time, I’m for real. I came to look for a job.”

Yang Chen moved his index finger at her as he signalled her to come closer to him.

Confused, An Xin leaned downward and placed her white and clean cheek closer to Yang Chen. Her pouty lips had a light-colored lipstick applied, causing her to appear exceptionally charming.

An Xin stepped away as soon as she felt the pain. Rubbing her nose in dissatisfaction, she said, “Why did you pinch me? Even a mistress has her pride. You’re not allowed to bully me!”

“What are you talking about? Are you looking to trouble me with more burden than I already have?” Yang Chen asked gloomily. “Your dad has total control over the assets of the Liu clan now. In Zhonghai, the An clan is already the strongest second only to the Yuan clan. Being the pearl of the An clan, Miss An Xin, why aren’t you enjoying yourself in a spa, training yoga, tasting Lafite or something? Why have you come to be my secretary instead? Are you trying to announce to the entire Zhonghai that you, as a vixen, have successfully seduced me in bed?”

“How distasteful… Why do you have to say ‘vixen’ and ‘bed’ all the time?” An Xin pouted her mouth in dissatisfaction. Her cheeks were pinkish, but she looked like she discovered something else. “What is it? Is your wild, untamable desire for women gone? Or are you afraid of your legal wife?”

Yang Chen coughed a few times. “Stop talking about irrelevant things. Honestly, what did you come here for?”

An Xin pouted. “I said I came to look for a job. I can’t eat and sleep day after day like a pig right? I’ve always had a job. Now that you’ve managed to make me yours, and I’ve given you everything I have, I very well can’t leave your side for very long, can I? So, since I can’t be a stewardess, I’ll have to look for a new job. I’m not interested in taking charge of the An clan, and I get pissed every time I see my father. I’m also unwilling to work with the hypocritical people, so you were my last resort.”

“But there are always other companies. Why here?” Yang Chen asked.

An Xin let out a strange smile. “Dear, don’t you know how many men out there are trying to get close to me, a wealthy woman?”

Yang Chen widened his mouth in shock. He finally figured it out. Smiling bitterly, he said, “So you somehow managed to get my company’s personnel office to work with you, and arrange for you to come over as an appointed secretary?”

“Yeah, I actually had to go through the formal proceedings. I want to see you more often. If you don’t want me as your secretary because you’re afraid of pissing off the queen, you can arrange any job for me. I can sweep the floor, clean the toilet or wipe the windows… I can do anything.”

Yang Chen looked at An Xin’s resentful look. Although he was aware that she intentionally put up the act, he still found it hard to reject her. He couldn’t really treat her like a canary and feed her in a birdcage.

An Xin obviously enjoyed having freedom, as she left home to become a stewardess back then. Making her stay in Zhonghai obediently was already a huge sacrifice to her. The more Yang Chen thought about it, the more he had no reason to reject An Xin’s offer to work by his side. After all, he was the one who first grabbed her in his arms.

“Can you really be a secretary? Do you have any experience?” Yang Chen asked doubtfully after thinking for a while.

An Xin nodded seriously. Elated, she answered, “Don’t underestimate me. Although I don’t have a Master of the Business Administration degree, I’ve done similar work before. I have been tasked to take care of various duties in the clan before. It’s just that I was never officially employed.”

“But the secretary is supposed to provide assistance, not be the CEO,” Yang Chen said.

An Xin let out a cunning smile as her eyes shone. “My dear boss, haven’t you heard of a saying?”

“The secretary does the work, while the boss…”

“The boss does the secretary…” Yang Chen helped An Xin complete the sentence before swallowing his saliva audibly. He then examined An Xin’s officewear. When he looked at her carefully, she indeed had the perfect combination of charm and intellect. “Secretary An, you have successfully convinced me. I think we will get along just swell.”

“ So director, have I passed the interview?” An Xin chuckled.

An Xin blinked her eyes innocently. “What is it?”

“Perfect results come from tests. Secretary An, we’ll need to simulate a future working experience,” Yang Chen said before walking forward and pulling An Xin’s soft body into his arms.

An Xin moaned softly. Her fragrant body fell on Yang Chen’s thighs just like that. Her tall bosom was immediately covered by a huge moving hand, instantly causing her to blush so much that blood threatened to leak from her cheeks.

Yang Chen held An Xin’s shoulder with one of his arms, while playing the balls of abundance with another. Satisfied, he said, “I won’t hold myself back from eating the meat that has been delivered to my mouth. After we’re done with work, we’ll have lunch if you’re hungry.”

An Xin suddenly hugged Yang Chen’s neck before raising her head to forcefully give Yang Chen’s cheek a kiss. “Then should I call you Hubby or Boss?”

“Erm… call me Boss. It suits the theme more that way. I’ll call you Secretary An,” Yang Chen said with an evil smile.

An Xin rolled her eyes. Biting her lower lip, she nodded her head slowly in a shy manner.

When Yang Chen flipped An Xin’s body over and pressed her against his desk in preparation to ‘work’, the door of his office was knocked on yet again. Knock! Knock! Knock! 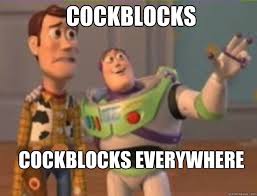