My Wife Is a Beautiful CEO - Chapter 465

Sorry for releasing one hour late! I missed my coffee this morning, so I forgot to schedule this. Donate some coffee money on Patreon now to prevent it from happening again!!! 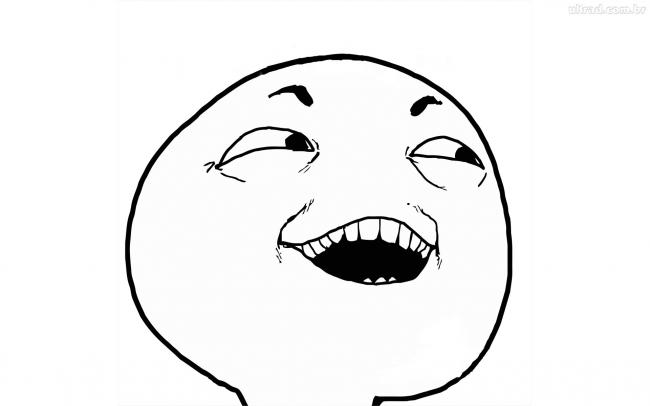 Being the crux of the issue, Yang Chen had no clue that the little ornament he possessed had drawn the attention of people who he has no ties with. In addition to that, he is also unaware of the problems that he may have to face in the future .

It was already late at night when he returned home with Lin Ruoxi’s car. The weather was rather cold, while the lights inside the house had been switched off. Wang Ma, Guo Xuehua, and Zhenxiu had all gone to bed.

Stepping out of the car, the married couple made their way into the house. Lin Ruoxi took out the key before carefully opening the door.

Yang Chen switched on the lights upon stepping into the house. The damage caused by the Vietnamese mercenaries have been dealt with. The smell of fresh paint filled the house to the point of intoxication. It was, however, an extremely peaceful evening for the both of them.

Before walking upstairs, Lin Ruoxi suddenly stopped moving and turned around to look at Yang Chen with her watery eyes.

Yang Chen was following behind her. He revealed a smile when Lin Ruoxi looked at him.

“What?” Lin Ruoxi was confused.

“We left the house together this morning for work, attended a banquet at night together, and returned home together. You opened the door and I switched on the lights before we retreat to our rooms and sleep,” Yang Chen said with a smile. He then sighed, “Except for the fact that we don’t sleep together, we’re no different from what people call an “actual” couple .”

Lin Ruoxi blushed a little. She murmured, “Lame,” before turning around and walking upstairs.

Yang Chen raised his brow and followed her from behind.

He then entered the independent washroom in his room and took a cold shower, even during this cold weather. To Yang Chen, taking a cold or hot shower didn’t make a difference.

He wanted to lie on his bed, but suddenly noticed an unusual movement.

Yang Chen’s figure flashed and appear at the balcony in the blink of an eye. Dressed in his loose pajamas, he then took another leap and arrived at the pebble walkway in his courtyard.

Yang Chen raised his head to look at the west of the courtyard, above the tall iron fences. Over there, a light silhouette flipped and landed on the ground, as if it was a pixie dancing away in the night.

Yang Chen’s facial expression twitched. Smiling bitterly, he said softly, “Little Abbess Hui Lin, when have you gotten used to jumping over a wall to enter the house?”

Dressed in a set of tight-fitting, black sportswear and wearing a black cap, Hui Lin was standing in front of Yang Chen. She was first surprised, but soon understood the situation. Although she had formidable lightness skills, Yang Chen’s detection skills were still far better.

Pouting her lips awkwardly, Hui Lin walked forward and said, “Brother Yang, I’m really not used to it.” She appeared rather helpless in the dark.

“How so?” Yang Chen wandered.

“After attending the show Star of Yu Lei, I would get recognized  on the streets very often. It’s so bad that it’s starting to inconvenience my daily routine. I’m afraid of letting those people know where I stay, so I have to look for an alternative to come home,” Hui Lin replied softly.

Yang Chen quickly understood that Hui Lin had gotten a little fame. He smiled and said, “Did you come home using your lightness skill for the entire journey?”

Hui Lin didn’t give it much thought, and nodded seriously. “Yeah, I chose a place with the least number of people. Although it’s slightly tiring, I feel that I’ve returned to the days when I was training in Mount Emei. I haven’t used my lightness skill in a long time. Brother Yang, do I have to move around this way in the future? It’s really tough to hide during the day.”

Yang Chen poked Hui Lin’s forehead. “Stop talking nonsense. Since you chose this path, you have to face the consequences of a superstar. Do you expect to be invisible after you finish singing? The company will get you a professional team in the future. Don’t turn into a heroine out of the blue. You really have to give up singing once you’re found out to be flying in the sky.”

Hui Lin widened opened her little mouth in shock. She instantly understood how serious the situation was, so she quickly nodded as she didn't hope to end her career, having taken merely the first step.

Hui Lin then thought of something and asked, “Brother Yang, if I really become very famous one day, will I not be able to come home everyday?”

Yang Chen didn’t expect her to ask such a question. But it was in fact the case. Nodding, he said, “That’s for sure. Have you seen any superstar go home every day?”

“Oh…” Hui Lin looked downhearted, as if she was struggling with something.

Yang Chen scratched her cheek lightly. Smiling, he said, “One has to experience loss after gaining. Whatever your decision, your elder sister and I will both support you.”

Hui Lin raised her head and blinked her eyes like a child. At last, she nodded and let out a smile which was forced but genuine.

The light of the stars shone upon the grassy courtyard in the chilly night while the greens swayed in the wind.

The next morning, when Yang Chen came downstairs, the two little girls Hui Lin and Zhenxiu were having breakfast together. Guo Xuehua who was currently watching the television seemed to have eaten already.

Wang Ma served a plate of freshly made pancake out from the kitchen. Yang Chen looked around before asking, “Wang Ma, where’s Ruoxi?”

Usually, Lin Ruoxi would be sitting there at this time, chewing her food slowly and rolling her eyes at him. However, she was nowhere to be seen today.

Wang Ma knew that Yang Chen would ask that question. She said with a smile, “Oh, Miss went to visit the neighbor after eating a little.”

“The neighbor?” Yang Chen frowned and suddenly felt a premonition.

“It’s Miss Rose’s home. Miss said she had moved in for so long, but she hadn’t properly conversed with Miss Rose before. Since she came for our rescue last time, Miss felt the need to say something.” Wang Ma held a strange gaze while she spoke. Back then, Yang Chen had announced his relationship with Rose before. Lin Ruoxi naturally didn’t go to visit Rose just to express her gratitude.

Yang Chen felt a complicated emotion in his heart. He had been hoping for Lin Ruoxi to get along with his other women and know each other. Now that Lin Ruoxi had taken the initiative to meet Rose, he was starting to see the flaws  in that idea.

“I see… Alright, I understand now,” Yang Chen answered before sitting down to have his breakfast in distress.

Zhenxiu who was beside Yang Chen had been at odds with him recently. But she was having a surprisingly good mood this morning. Knowing that Yang Chen must be perturbed, she leaned toward him and whispered, “Brother Yang, what do you think Sister Ruoxi will talk about with Sister Rose? Will they talk about you?”

Yang Chen pouted his mouth and shot her an unhappy gaze. Seeing the gloating little girl, he said, “There are chive leaves stuck in your teeth.”

Zhenxiu pouted before making a silly face at him.

Guo Xuehua who was watching the news on the sofa turned her head around to look at her son for a while. Bitterness filled the corners of her lips while she shook her head.

At the same time, in the villa next door, Rose was only wearing a purple nightdress made of yarn, with her hair let loose. The perfect lines of her stunning figure could be seen even in her loose pajamas.

Rose smiled when she smelled butter toasts upon walking downstairs. She knew that her ‘best roommate’ Mo Qianni had prepared breakfast for her.

Since she started living with Mo Qianni, Rose felt that she was spoiled like a child. Mo Qianni would always make her breakfast. But she didn’t feel too disturbed by it at all, as Mo Qianni had to wake up and leave for work early in the morning. This could perhaps be the so-called sister-like close friend that she never had. Of course, the situation could be better if that friend of hers wasn’t also the lover of a certain someone.

When she reached out to the glass of room-temperature milk, Rose heard a ring at the door.

Frowning, Rose wondered who had come so early in the morning. She didn’t think her people in Red Thorns Society would disturb her at this hour.

Rose was too lazy to change her clothing. After all, it wasn’t as if she couldn’t stand a little chill anyway.. She then put down the glass she was holding and walked outside...