My Wife Is a Beautiful CEO - Chapter 591

Yang Chen who was on his way to Zhenxiu’s school had no idea that his mom and mother-in-law had met coincidentally. He also did not know that their first topic of conversation was regarding him!

If Yang Chen had known what was going back home, he would’ve either laughed himself to death or buried himself a hole to hide in forever.

Since it was a weekend, the traffic wasn’t too heavy. Yang Chen was then able to drive carefreely as he chatted with Zhenxiu.

Due to recent events, Yang Chen didn't have the time to catch up with the girl. He used to only ask about Zhenxiu’s school life and revision. But lately, he felt the need to address Zhenxiu’s family background from Korea.

It was basically confirmed that Zhenxiu was a direct descendent of the people from Starmoon Group. Park Jonghyun wasn’t an ordinary man; getting information wrong was non-existent in his books.

Zhenxiu had insisted on staying in Zhonghai instead of returning to Korea. Everyone understood how she felt, and took concern and compassion for her. OUt of respect, they never brought it up in front of Zhenxiu.

Yang Chen had a feeling that Zhenxiu needed to go back to Korea sooner or later. She belonged there after all. Even though her parents were strongly opposed by her relatives back then, and fled to China as a result, it was not enough to cut off all ties to their blood relatives.

Furthermore, Zhenxiu was chosen as the heiress of the business empire Starmoon Group by its current president, her grandfather. Had they chosen another candidate other than Zhenxiu, Park Jonghyun wouldn’t have wasted his time coming all the way to Zhonghai.

Yang Chen thought of the possible conflicts, caused by authority and money, within large clans like hers. He didn’t hope for Zhenxiu to be on the receiving end of any of it.

All he could do was ensure the sister-like child lived a blissful life regardless of what her choice would be.

While driving, Yang Chen casually asked about how Zhenxiu had been doing in school, and how her revision progressed. He joked about letting her seek help from Sister Ruoxi in times of need, so that Lin Ruoxi could be distracted from him.

It was rare for Zhenxiu to talk to Yang Chen alone. She just sided Lin Ruoxi yesterday night and intentionally worsened the situation. However, not only was she currently obedient, she had also laughed and conversed happily with Yang Chen.

“Zhenxiu, is Liu Minghao still harassing you?” Yang Chen suddenly thought of that brother-in-law of his.

Zhenxiu instantly frowned in displease upon hearing that name. Angrily, she said, “Brother Yang, please don’t mention him anymore. I get frustrated every time I think of him.”

“Is he still going after you in school?” Yang Chen asked with a smile.

“No, he isn’t. He quit school sometime back.” Zhenxiu rolled her eyes adorably.

“He quit?” Yang Chen was doubtful. “I think the word you are looking for is expelled. Did that fellow form a gang of some sort and get punished?”

“The cowardly teachers wouldn’t dare to mess with Liu Minghao; even the headmaster makes way for him.” Zhenxiu pouted her mouth. “He left because he found studying to be an unsuitable task for him. I believe he managed to gain his father’s approval to quit school. He’s now helping his father in the gang.”

Yang Chen didn’t expect that to happen. Liu Qingshan may have figured out that his son wasn’t born for school, so he chose to put him into practical work instead of wasting time.

He then asked, “Since Liu Minghao quit school already, it should be good that no one’s giving you trouble anymore. Why do you still look so mad?”

Zhenxiu avoided looking at Yang Chen. Turning her head toward the window, she said softly, “Even though he has quit school, he has left some negative influence… In short, I hate him a lot.”

Yang Chen noticed that she wasn’t willing to talk about it much. Everyone had a secret or two after all, so he stopped asking further.

Yang Chen didn’t intend to linger after sending Zhenxiu to school. A young man driving a BMW to send a female high schooler could be easily misinterpreted.

Yang Chen had returned to the country for quite some time already, so he naturally took many things into consideration, especially when it involved a normal girl like Zhenxiu.

However, although he left right after dropping Zhenxiu off, he had garnered the attention of some of the school students.

When the car departed, Zhenxiu bit her lip and revealed a smile. She was delighted that Yang Chen sent her to school.

When she turned around and was about to enter, the scorn of a few girls could be heard…

“I was just wondering who the rich person fetched by a BMW was. So it’s our beautiful schoolmate Zhenxiu. I’m quite jealous.”

A relatively tall, beautifully dressed girl with blonde hair popped out nowhere with two other girls of her height, all of whom had ear piercings.

Zhenxiu turned dull upon listening to the voice. She pretended to have heard nothing and continued walking toward the entrance.

Unexpectedly, before she reached there, the two ladies had gone in front and blocked her, looking at Zhenxiu maliciously.

“Jiao Yanyan, what do you want now?” Zhenxiu suppressed her anger, staring at the blonde-haired girl.

Jiao Yanyan caressed her hair and slanted her head. Coldly, she said, “You used to act so pure when Liu Minghao was still here. I knew it was all an act. You are finally revealing your true colours. Only an idiot like Liu Minghao would be so obsessed with you, who’s nothing but a bitch.”

The two girls laughed when Jiao Yanyan insulted Zhenxiu. Most of the other students around knew them, and were aware that Jiao Yanyan had always been against Zhenxiu. Some of them were enjoying the show, while the others sympathized for Zhenxiu.

Zhenxiu tried her best to ignore Jiao Yanyan’s contemptful gaze. “Whoever Liu Minghao is going for is none of my business. I’ve never wanted his attention. I told you time and time again that you could express your dissatisfaction to him. How is it my fault that he doesn’t like you? I come here to study. I don’t care about anything else.”

“Xu Zhenxiu, do you know why you’re so detestable?” Jiao Yanyan was infuriated to hear the hard truth. As malice filled her face, she said,” I hate the fact that you don’t take anything seriously! Do you really fancy yourself as the prettiest in school just because the fools find you attractive? I, Jiao Yanyan, am most disgusted by girls like you. Many have seen that you were fetched by a man driving a BMW this morning. I don’t mind teaching you a lesson should you refuse to admit that you’re a slut…”

Zhenixu clenched her teeth, knowing that anything she said would end up in vain. Jiao Yanyan liked Liu Minghao, but was deeply displeased as he wouldn’t stop following Zhenxiu.

In the past when Liu Minghao was still there, his presence would rid her of Jiao Yanyan’s pestering. However, since he left the school, Jiao Yanyan started going overboard.

Zhenxiu heard from her classmate that Jiao Yanyan had a dark family background as well. Although it was a gang from another district, ordinary people couldn’t keep them contained. Zhenxiu hoped that it wouldn’t affect her or her family.

The college entrance exam was just two months away. Zhenxiu definitely did not want anything to jeopardize that.

When Jiao Yanyan ordered her girls to take action on Zhenxiu, two guards of the school came and yelled, “What are you guys doing?! Stop the nonsense and head to your classes now!”

Although Jiao Yanyan was cocky, her family wasn’t based in Zhonghai. She dared not try her luck when the security guards came. Snorting disdainfully, she let her two girls back off.

“Humph. You’re lucky today, but we will come back for you!” With her arms crossed, Jiao Yanyan left with her girls and entered the school arrogantly.

Zhenxiu was initially in an excellent mood, but she got dismal, clueless about how she would face Jiao Yanyan in the future. The hatred she held for Liu Minghao intensified. Him quitting school caused bigger problems for me than when he was here! she thought.

It’s crazy how fast time passes. I picked this project up on Jan 2 last year. And since then, a lot has changed to my personal life, which I believe is the case for most of you too. I wanna start off by thanking each of you for giving support to this translation project. Much of the income is spent on coffee and Nando’s to fuel the translation.

Having translated 430 chapters in the past 365 days, I learned a ton about this translation scene. From the beauty of working flexible hours to the sad truth of having no control over the storyline. The latter of which, I believe, is the main reason that the support has fallen for over 70%. We used to be at 9/week at the highest, and now we’re back to the start at 5/week.

THE FUTURE—regardless of what the future lies, this past year wouldn’t have been so amazing without all of you. I definitely hope that I have enough readers to actually finish the project, but either way, I’m incredibly thankful for the support I have received. 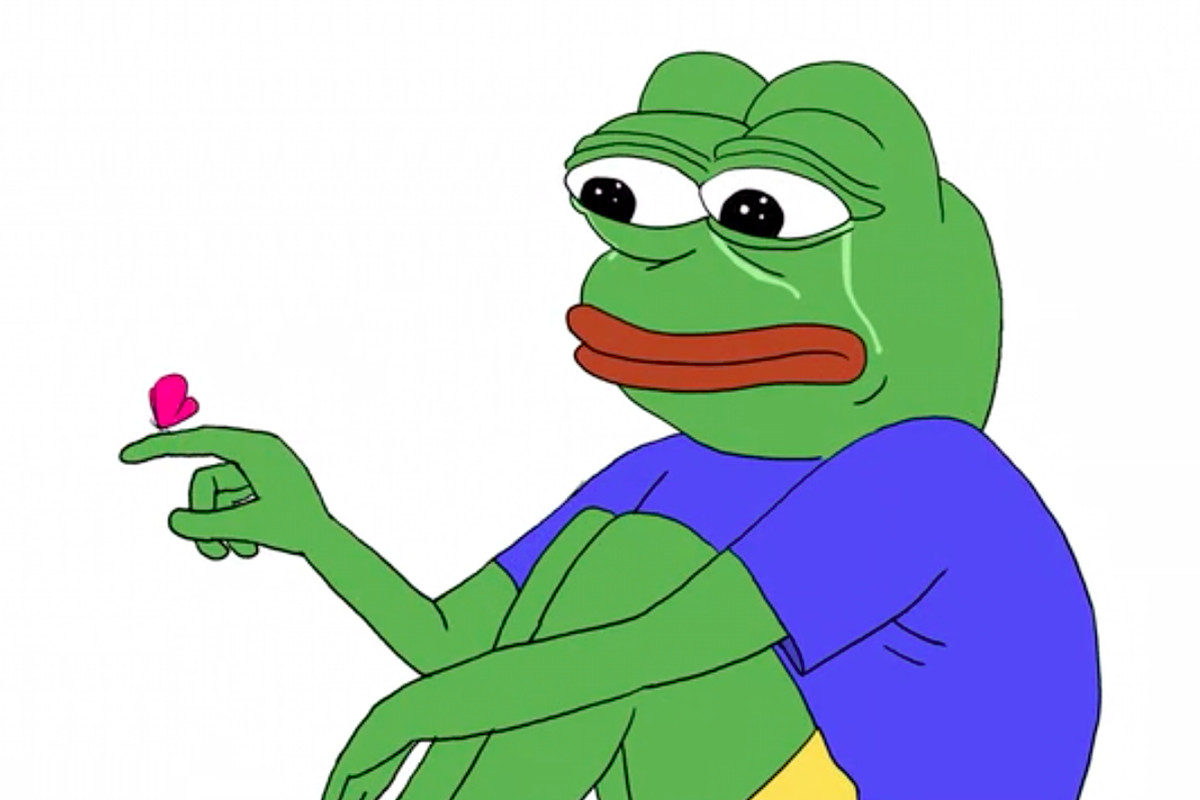 'My Wife Is a Beautiful CEO' is translated on veratales.com but LiberSpark is allowed to host the chapters.

You are encouraged to read on veratales.com for project updates.